The ABCs of Asbestos

The ABCs of Asbestos

A is for… 🍎 Asbestos! Not quite what you had in mind when you’re thinking of the alphabet, but it’s important to know your ABCs of Asbestos. When it was popular, asbestos was used in some unusual items because of its inflammable nature. This list has many of the more historical uses, thankfully, but we will highlight the more recent ones that may exist outside of your boiler room.

A is for Asbestos: a group of several fibrous mineral forms of magnesium silicate. The word itself comes from Ancient Greek and literally translates to “unquenchable, inextinguishable”.

B is for Bowling balls: they used to be made using fibreglass and asbestos and those asbestos fibres could be released into the atmosphere during use; so avoid purchasing vintage or retro bowling balls.

C is for Cigarettes: in the 1950’s Kent Micronite cigarette filters were made of crocidolite, one of the most carcinogenic types of asbestos.

D is for Decorative fake snow: asbestos was widely used until the 50’s in window displays and on Christmas trees as fake snow because it wasn’t a fire hazard, and even used on the set of “The Wizard of Oz”. The fake snow was made up of the most dangerous cancer causing asbestos, chrysotyile.

F is for Firefighting equipment: asbestos fibres used to be woven into clothing such as boost, jackets, suits and gloves due to it’s fire and heat resistant nature.

G is for Garage roofs: until the 1950’s, properties with garages were fitted with asbestos roof sheeting as the garage roof.

H is for Hairdryers: in the 50’s, the hood hair dryers had a layer of asbestos to prevent customers from burning themselves with them, and until the 80’s most handheld hair dryers had them.

I is for Irons: in the early 1900s, irons contained asbestos under the handles and chrysotile asbestos was used in iron rests as it’s so heat resistant.

M is for Makeup: asbestos is commonly found in the talc powder used in foundations, blushes and eyeshadow and more recently in the makeup brand Claires.

O is for Oil burning wicks: asbestos fibres were commonly used in wicks for vintage kerosine and oil lamps.

P is for Powder, specifically Talcum which is mined closely to asbestos, allowing a chance of contamination, but can lead to lung and ovarian cancer due to the common uses of talcum powder.

R is for Radiator covers: asbestos was widely used as insulation in many household heating appliances until the 70’s because of its fire and heat resistant nature.

S is for Surgical Thread: due to its strength and flexibility, surgeons once used asbestos threads to close incisions for heart and lung surgery patients, among other wounds, after World War 2.

T is for Toothpaste: believe it or not, after World War II, the teeth whitening abrasive used in a popular 1950’s toothpaste called ‘Ipana’ was asbestos fibres.

W is for Wallboard: asbestos’ fire resistant properties and light weight made it a choice material used in the manufacture of drywall and sheetrock building components until the 1980’s.

If you believe you may have asbestos on your commercial or private property, you have a legal responsibility to manage it. ESSS, a UKAS and ISO accredited asbestos consultancy, is equipped to determine the extent of your asbestos and develop a plan for the management and/or removal. Contact them today at 01268 755 464 or by visiting http://www.esss.co.uk/. 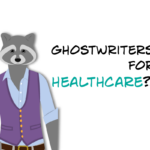 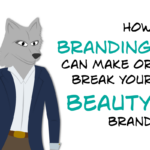 How branding can make or break your beauty brand 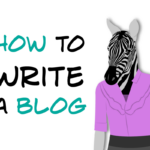 Is your budget realistic?

August 3, 2020
Open chat
Need help? 💬 Chat now!
Hello there! Welcome to TILT Creative. Is there anything we can do to assist?